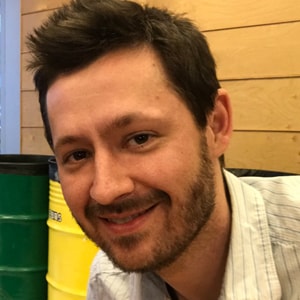 Zach Cheney, PhD, is Assistant Professor of Screen Studies in the Department of Cinematic Arts. He received his PhD from the University of Oregon in 2017 after defending a dissertation focused on an aesthetic history of long takes in post-WWII international cinema. His favorite pastime is guiding students on projects of in-depth visual media studies, especially when such projects yield unexpectedly meaningful results. He has presented at academic and professional conferences on film and media, as well as published an essay on Alfred Hitchcock in the anthology Faith and Spirituality: Masters of World Cinema, Vol. III, published by Cambridge Scholars Press in 2015. His current undertakings include expanding his dissertation into a book manuscript along with a book-length project addressing cinematic arts within a biblical-theological framework.