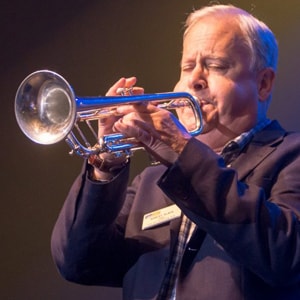 Robert Slack received a Master’s Degree in Trumpet Performance from Indiana University, and since then, he has grown to be a respected professional in the music industry.

Among his honors, Mr. Slack received the coveted Jazz Educator of the Year Award from the International Jazz Educator’s Association, and the Paul Harris fellow award for exemplary work as an educator.

Mr. Slack is a Conn-Selmer artist.