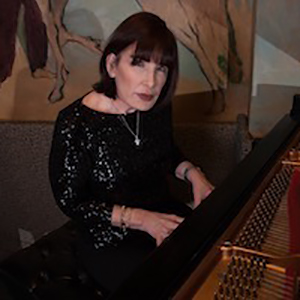 Mari Falcone Cantos’ music and lyrics have been recorded by Deniece Williams, Herb Alpert, Haven, Maranatha Music, and Helen Baylor. She collaborated with Alan and Marilyn Bergman on new songs for the musical Chasing Mem’ries, composed The Garden Ballet on commission from the Florence Dance Company (Italy), wrote and scored the Debby Boone children’s musical The Snow Angel, and cowrote the main theme and did additional scoring for the film Home Run Showdown. She writes special material for a variety of artists/projects, including Catskills on Broadway. In addition, she worked in Italy writing music for Cinecittá and Rai Uno.

Cantos has released three solo CDs as a pianist/composer, showcasing a blend of classical, pop, gospel, and jazz influences. Her orchestrations appear on Steve Tyrell's #1 jazz album A Song for You, and she has produced albums for Lillias White and Deniece Williams.

Cantos toured as a keyboardist, conductor, and/or musical director with Donna Summer, Amy Grant, Nell Carter, Debby Boone, Deniece Williams, and Vikki Carr, and served as musical director for the Groundlings comedy troupe as well as off-Broadway and regional theaters around the U.S.