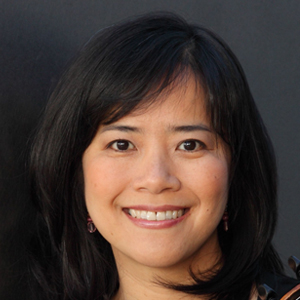 Violinist Ingrid K. Chun, MM, has been a member of the Los Angeles Philharmonic Orchestra since 1992. She earned her bachelor’s and master’s degrees in music from the Juilliard School as a scholarship student of Dorothy DeLay. Her tenure with the L.A. Philharmonic has lead to extensive tours internationally, performing in major concert venues throughout Europe and Asia, as well as recording in Grammy winning albums. Chun also maintains a regular performance schedule as a soloist and chamber musician. She made her first solo debut with the L.A. Philharmonic at Walt Disney Concert Hall in 2005 and was again a featured soloist in 2010 and 2014. Her chamber music collaborations included The Taylor Quartet, Thomas Adés, and Yuja Wang. She was chosen to perform chamber music in the Edinburgh International Festival and is often featured in the Green Umbrella New Music series and the L.A. Philharmonic Chamber Music series.

As a teacher, Chun has served as adjunct faculty in La Sierra University and as string orchestra director for The Master’s College. Born in Taiwan to a family of musicians, Chun began her music studies at age five on violin and piano. Upon winning the Taiwan National Competition, she immigrated to the U.S. and studied with Almita Vamos and Alice Schoenfeld. She has received numerous honors and awards from various organizations, such as the National Endowment for the Arts and the Young Musicians Foundation. In addition, she participated in the Aspen and Taos Music Festivals, the New York String Orchestra at the Carnegie Hall, and the Hague Music Festival. Chun also enjoys writing, arranging, and improvising on both piano and violin. She can be heard on her solo albums of popular hymns, What A Friend and Songs For My Father.